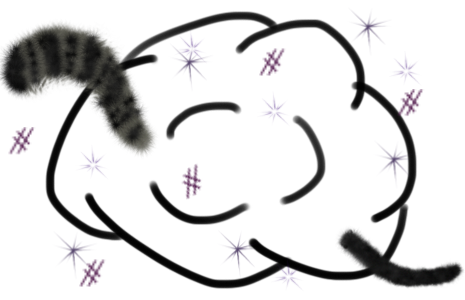 Luna is a bit territorial, I’ve discovered. Sam, the tuxedo cat next door, thought he’d hop over the fence to play with her. Why not? They play under the fence with no problem, reaching underneath to tag each other.

Luna said, “NO. Stay out of my backyard.”

He came over the fence, and she lit into him. They were making a terrible noise so I ran out to see what was happening. They were going at it just like cartoon cats, over and under so fast I couldn’t tell exactly what was happening. He broke away and tried to run to the back of the yard. He didn’t get more than a step or two before she tackled him. He managed to get away again, this time heading to the gate to the front yard. She caught him, but he managed to get away long enought to start climbing up the gate. Not high enough, because she pulled him down.

I came to my senses, ran to get a broom, and was able to separate them long enough that Sam leaped up the gate and over the fence.

Her work done for the day, Luna cried to go inside and eat a snack. Then she took a nap, satisfied she’d done her part in saving the world that day. 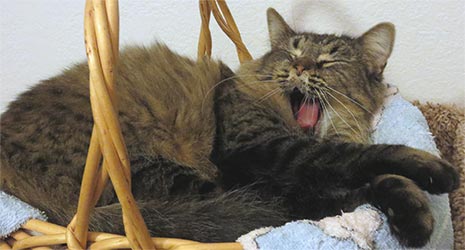 Tags: Luna | Filed in The Cats