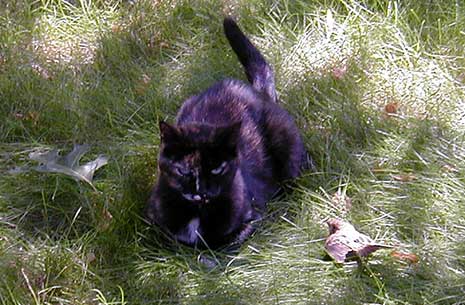 We got Sydney when she was a kitten. A friend who had an apartment downtown had another friend whose cat had kittens. They’d found homes for all the kittens but one they planned to keep. That kitten was Sydney.

It turned out that Sydney and her mom didn’t get along (Sydney difficult to get along with?!), so we took her in.

She was supposed to be my son’s cat, but she attached herself to me. She’d come come greet me in the back yard with a Siamese pride call. She stopped calling after Blackie came because she didn’t want him in her pride; it was supposed to be just her and her people. I missed her calling even before she died. 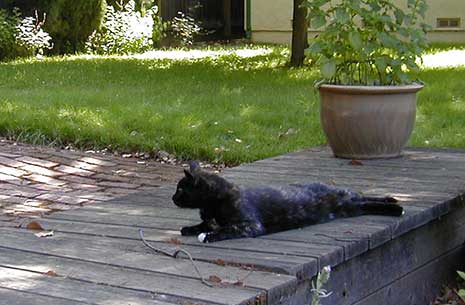 The good old days, when she and Hobbes were the only cats in the family.

Oddly, she was depressed after Hobbles’ death left her the only kitty in the family. Having Stumpy and Tutone to hate perked her up. Oh, did she hate Tutone. (And Tutone reciprocated.) But they managed to tolerate each other at the end.

While I knew Sydney was getting old, I thought she was so cranky she’d live past the normal cat life expectancy. I thought wrong.

It was one of the few warm days this spring that she went outside to bask on the patio. Her internal organs failed suddenly; she couldn’t make it back to the house on her own. Our regular vet was just getting ready to close and they referred us to Northern California Veterinary Specialists.

Even before we got to the vet, I knew Sydney wasn’t coming home with it. I’d seen Thevenin and Blackie and Hobbes approaching death, and Sydney had that same look. The vet saw Sydney right away, and then she met with us in the comfort room. It was a good place for Sydney to be put to sleep. We got to sit on a couch in a quiet room, Sydney on my lap. I petted her, and she relaxed, and some time later the vet came in and gave her the injection. Sydney died without alarm, peacefully. 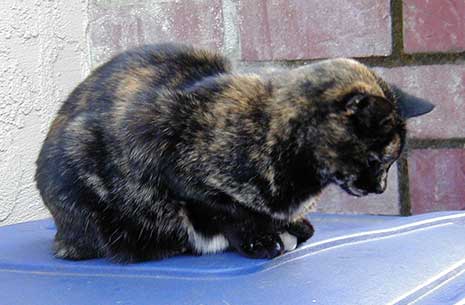 Sydney's gone to the big recycling can.

Tags: Sydney | Filed in The Cats